In the course of the strong demand for our products, our team has grown and we have expanded the Berlin location. With the relocation to the historic Kanonenhalle at the Berlin Borsig site, we have moved to a traditional location so we can continue to fulfill our customers’ wishes from this site. 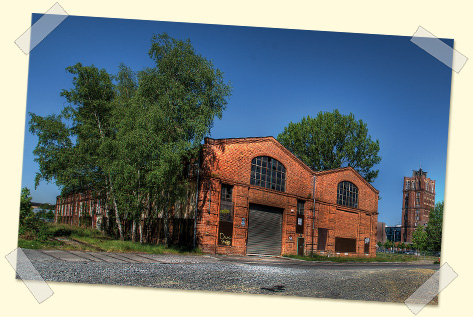 On 3750 m², we have set up a modern open-plan office, a production and packaging area and a large warehouse.

During the refurbishment attention was paid to the smallest details: Wherever possible, the views are drawn to the original substance of the listed building. The exposed masonry remained largely preserved. 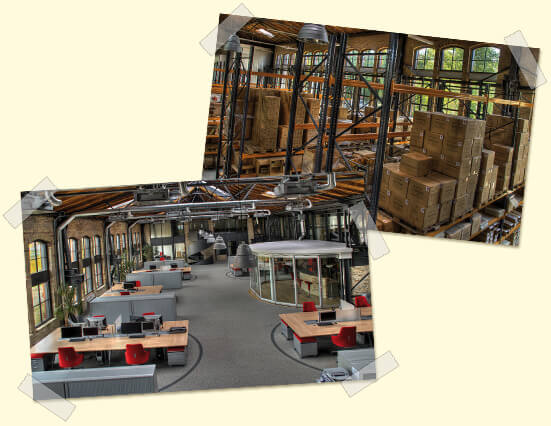 The history of the Kanonenhalle

The company Borsig started over 150 years ago as an iron foundry and was gradually expanded to become the most important industrial enterprise in Prussia. Even today, the name Borsig is a synonym for the steam locomotive, which has changed the coexistence of people and nations extensively.

After the production facilities in front of the Oranienburger Tor and in Moabit, Borsig began the production at the Tegel plant near Berlin in the autumn of 1898. The architects Konrad Reimer and Friedrich Körte created modern and spacious factories, whose accentuated gable architecture stood in the tradition of the Prussian industrial building. The “Borsigtor” (Borsig Gate) became the new landmark of the Borsig company.

After the outbreak of the First World War, the Borsig factories were also used for supplies delivered to the army. In 1916 it was decided to expand the factory area to the south and started the construction of several buildings, including the Kanonenhalle. In the spring of 1917 production was started there.

The Borsig site, which was destroyed by the effects of World War II, was partially rebuilt in the post-war period. The Kanonenhalle is one of the few buildings that has been largely preserved in its original form.